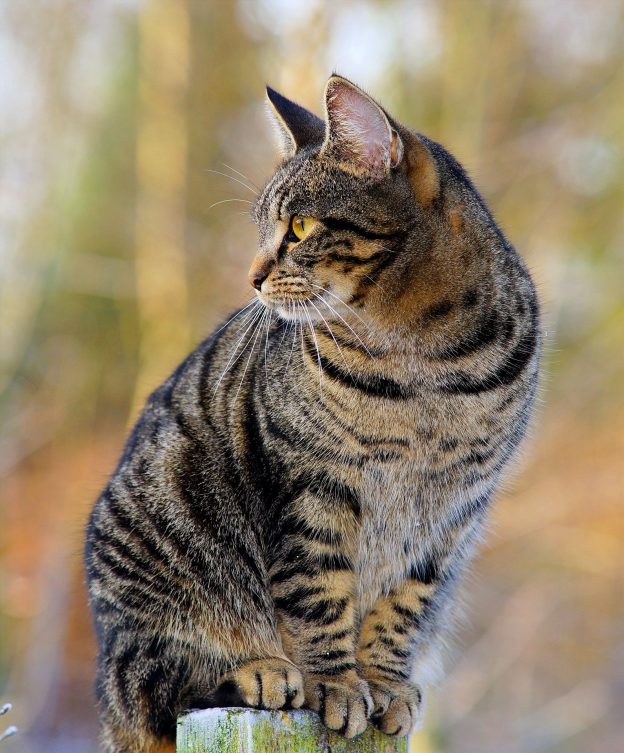 Mimi is a seven year-old house cat and for the last 3–4 years has suffered symptoms of palsy in her hindquarters, general weakness and biting attacks. The owner consulted various veterinarians and even an animal clinic. Mimi was examined there with x-ray, MRT, lumber puncture, etc., but no causes were found for the symptoms.

Animal communication with Mimi revealed headaches in the left and right temples, muscle and nerve tremors, first in the front paws and then in the rear legs, hot and tingling front paws, like pins and needles, and blood congestion in the extremities. It felt as if something was blocked somewhere. She didn’t have any pain, but an uncomfortable feeling. After conducting a bioresonance analysis on Mimi, the cause was immediately clear: Lyme disease. When asked by the owner why Mimi had not been examined for Lyme disease, the veterinarian replied that cats do not get Lyme disease!!!
Mimi’s immune system, her acid-base balance and her intestines were built up and then treated with wild teasel and borreliosis nosodes at different potencies. In parallel, she received Reiki twice a week.
After a little more than a month it was possible to begin with the further therapy with auto-nosodes produced from her blood. Mimi became relaxed and attentive again.
We gave her various medication for her mobility, which gave us hope that she may – with the help of physiotherapy – be able to walk normally again one day.
I shall report on Mimi’s progress.