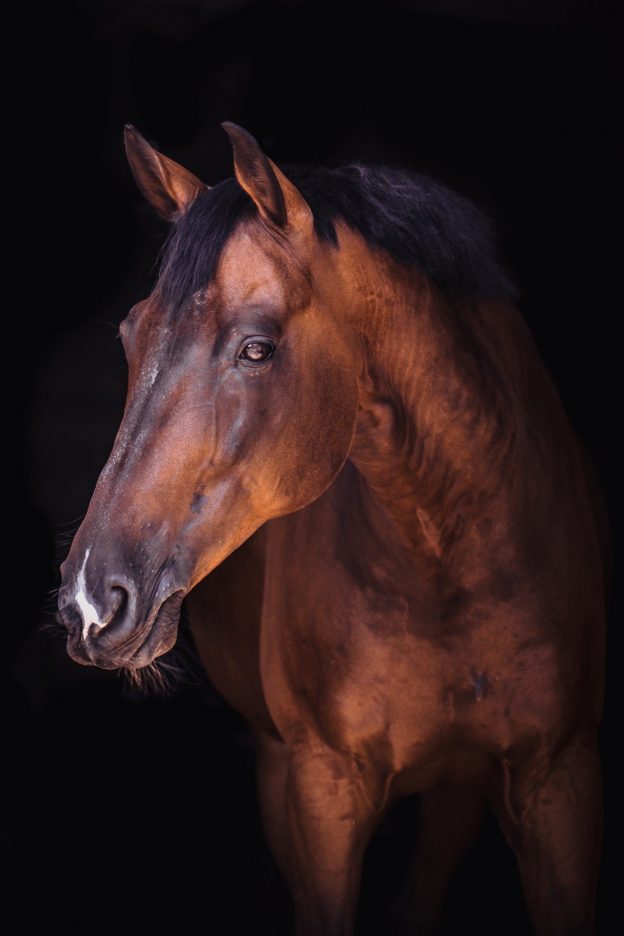 As in most horses, the left larynx side is paralyzed.

Hemiplegia laryngis means that a horse is whistling while inhaling.

The musculature that turns the arytenoid cartilage is paralyzed on one side and so the vocal cord always remains limp and flutters in the airstream, this is the reason for the whistling sound.

This can even become so massive that the horse suffers from difficulty in breathing or choking.

The Hemiplegia laryngis is divided into five different degrees.

The cause of the paralysis is usually a damage of the recurrent nerve, which innervates most of the muscles of the larynx.

In most cases, especially with paralysis of the left side, the Hemiplegia laryngis is innate.

It can also be caused by:

– Contusion of the larynx

In many cases, surgery is the only way.

Depending on the cause, naturopathy can bring significant improvements.

Agatha was in bad shape when she came to the current owner.

She was ridden far too hard and too early.

With bioresonance we were able to find out the reason, she had a fungal infection of the diverticulum tubae auditivae.

Now we have completely rebuilt the entire horse, from the intestine via the vital substances, to cranio-sacral therapy, so that Agatha could release the traumas from the cells.

Meanwhile, she is much better, no more difficulties in breathing and can be ridden easily.