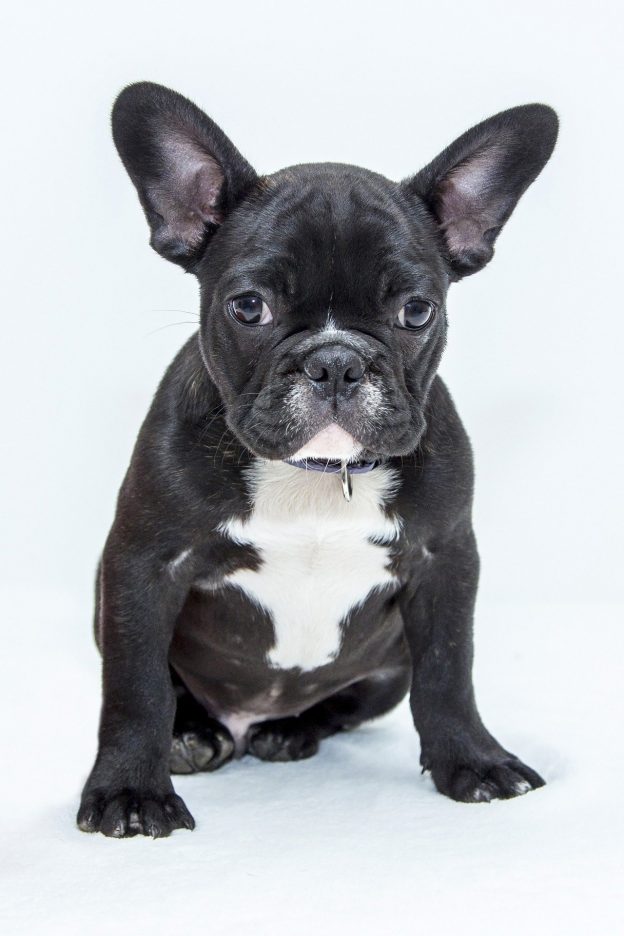 Rudi is a four year-old French Bulldog.
He suffered from eczema, permanent itching, his entire skin was cracked, bloody and pus-filled. He was emaciated and just skin and bones. Various vets diagnosed atopic dermatitis.

Rudi was given long-term antibiotics and cortisone.
One vet started a desensitisation, but that made him even worse.
He was then prescribed an atopic medication, which led to constant vomiting. Rudi’s owner wanted to have him put down.
The bio-resonance analysis revealed the following:

After testing, the intestines were built up with Symbio Dog. In addition, for the purpose of intestinal restoration and stress reduction, Hundesegen was fed daily. The right fodder, in this case sensitive diet mini, mini pack and all varieties of wet food by vet-concept, were tested and fed.
The open wounds were treated with medicinal honey, Calcea healing ointment by Wala and calendula essence. We finished the antibiotics and slowly reduced the cortisone.
For two weeks, Rudi had to come twice a day in order to find the right homoeopathic medicine with the help of bioresonance. After which, he came only once a day.
He felt much better after five weeks; he became livelier and his skin healed. His immune system improved on a daily basis and after 3 months of intensive bioresonance and homoeopathic therapy he could be “discharged”, back to his full health.