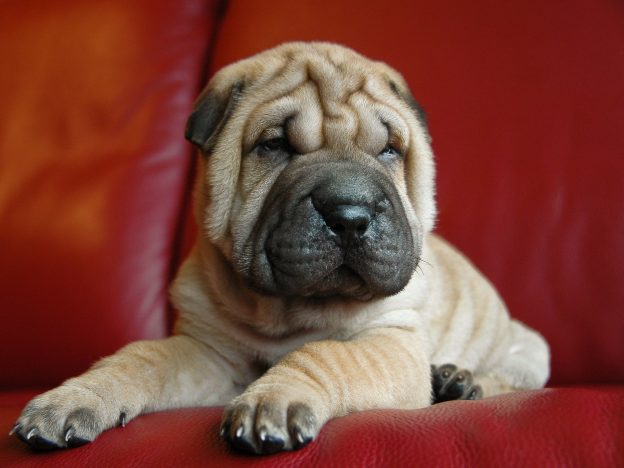 Kungsha is an 8 year old Sharpei and suffers from mucinosis.
Mucinosis is a skin disease, it is assumed that there might be a genetic hereditary. Bioresonance analysis revealed Kungsha´s metabolism was disturbed.

The cause could have been e.g. the food, vaccinations, worming, chemical flea and tick prophylaxes.
We have rebuild his metabolism and his immune system by restoring his intestines, rebalancing acid-base balance, the right food and detoxification.
Parallel, he was accompanied by energetic and shamanic by Sonja Wiese.
After 4 weeks, no more itching, all pustules had disappeared and the skin looks as it should.